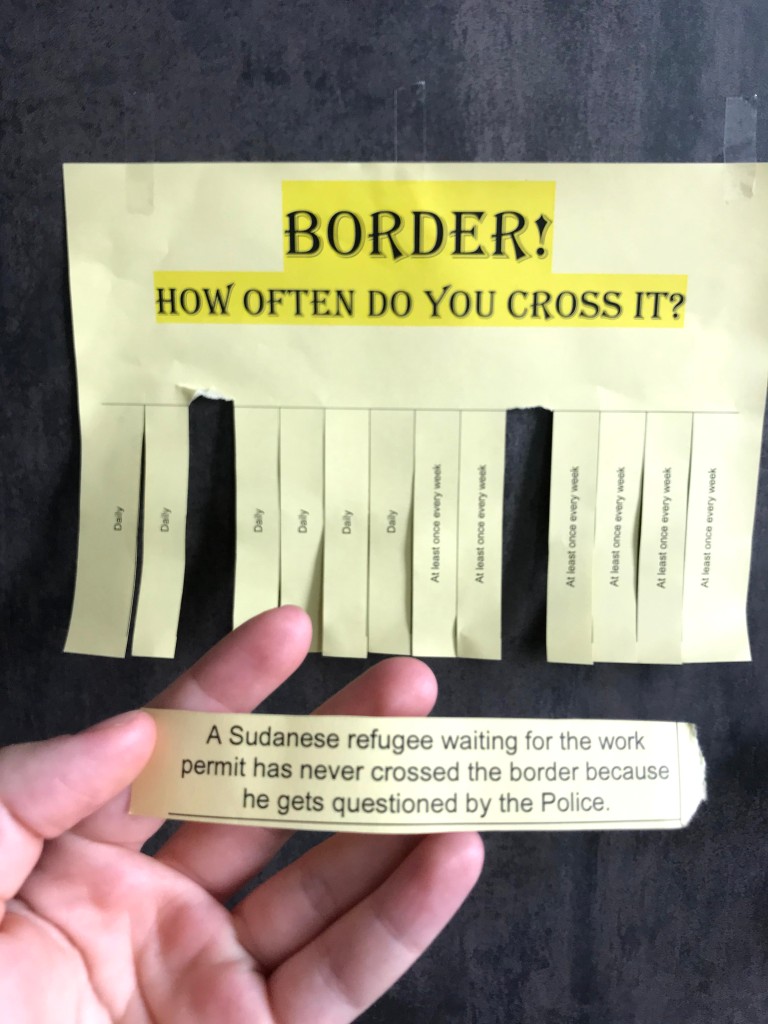 The border crossing box is both a research tool and a way of communication with the audience about the experience of crossing the border between Poland and Germany in Słubice/Frankfurt (Oder). The question in three languages: German, Polish, and English concerns the frequency with which the respondent crosses from one city to the other. One gives their answer by pulling out a piece of paper from the part of the box that coincides with their answer (every box has the same amount of “voting papers” inside, so it is easy to count how many have been pulled out). However, the piece of paper is contains also pieces of information about the fact that while for ones the border seems also non-existent, migrants without European Union citizenship (regardless of their legal status) often experience harassment, controls and questions and in some cases it is even illegal for them to leave one state and cross to the other.

The idea stems from the anthropological research on the social construction of the state borders as done by Madeleine Reeves (2011) on the everyday state-making practices in the Kyrgyzstan-Uzbekistan border and Yael Navaro-Yashin’s (2012) exploration of affective geographies in Northern Cyprus. Border is not only a demarcation between two states and enforced by its authorities but also consists of everyday practices of various people and their experience with the border itself.

The Schengen Area allows on the one hand for hypermobility of the Europeans and travels without restrictions but it does not apply for numerous migrants inhabiting the countries within this area. For some leaving the country of origin while they are waiting in long processes for legalization of their stay may even mean to lose their visas or work permits. In consequence, some will avoid getting close to it due to their legal status in one country or the other while others will not even notice the mere fact of crossing the border, but will take advantage of being able to cross it and acquire products unavailable or more expensive in their own countries. The project is thus an invitation for a more critical look on the arbitrariness of one’s position in the border areas. 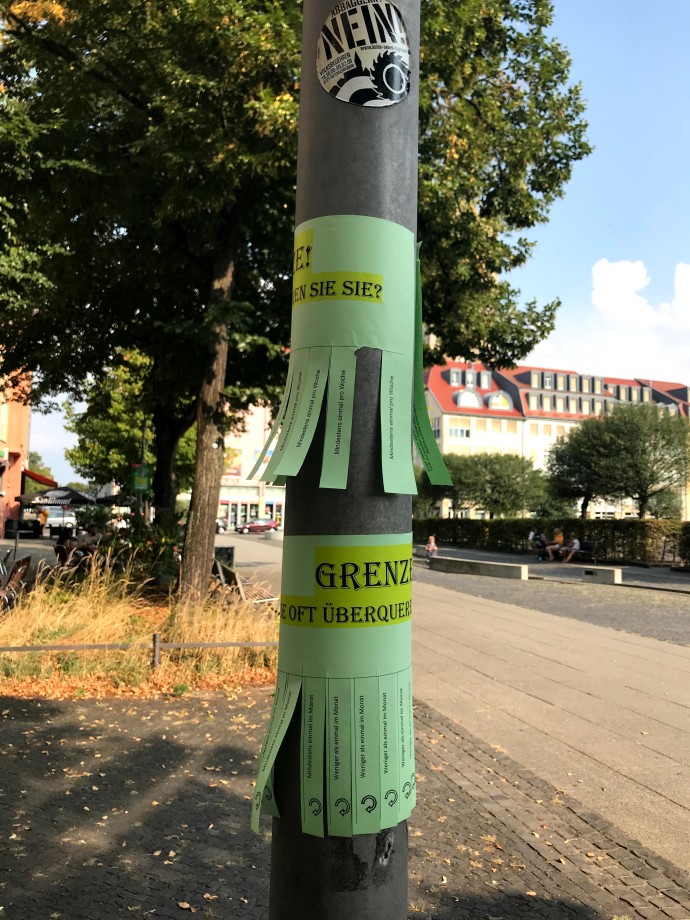 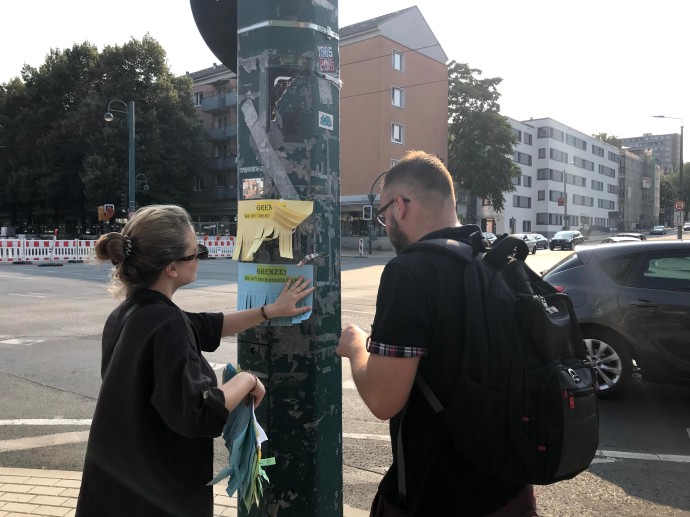 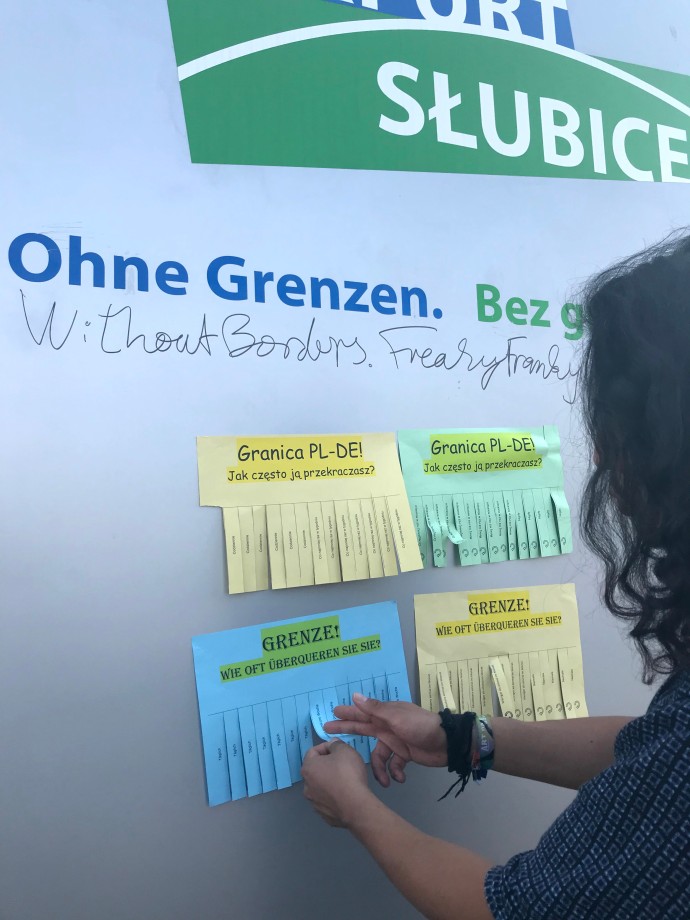