Since the Viadrinicum 2017 started I am amazed of all the new concepts and new stories I am hearing. For example we had two excursions: one of them on the induction day and another on Saturday (today). Both aimed at exploration of spaces in Frankfurt (0der) and Slubice. However cities were presented from different sides: first tour talked about all advantages this territory has for being a student, another created new maps and concepts in our heads by presenting the city of SlubFurt or Nova America as they call it.  Same can be said about the participants, some of them are from conflict affected regions, others are interested in borders and various aspects of them. I have already heard stories, quite tragedies and hardships of people fighting with mental or physical borders and inventing/dissolving new ones.  Me as a researcher I see 10 academic papers out of it, 2 documentaries and 5 articles. All the his/herstories our participants can tell are amazing and I want to explore them.

As a workshop project: I would like to explore urban spaces in both city, compare them, find the differences and what unites them. I am planing to shoot: Bazaar, Streets, public places, shopping malls, but mostly it would be a documentary photographies. Concrete concept has still to be formed. 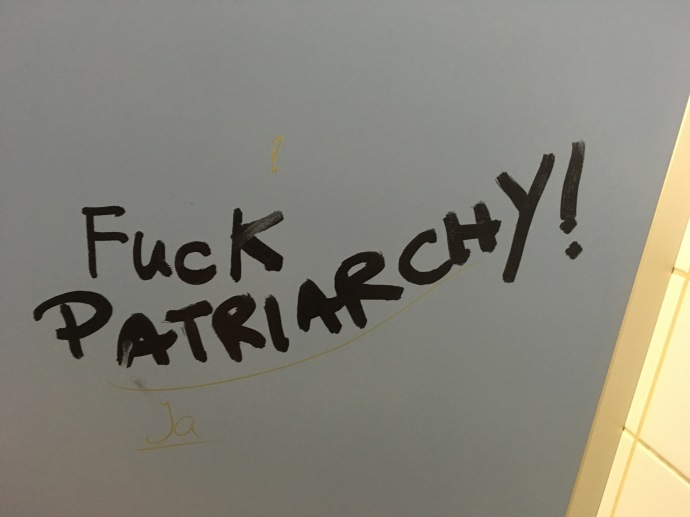 Silent protest at (University of Viadrina)

Unexpected protest on the wall of Viadrina University.